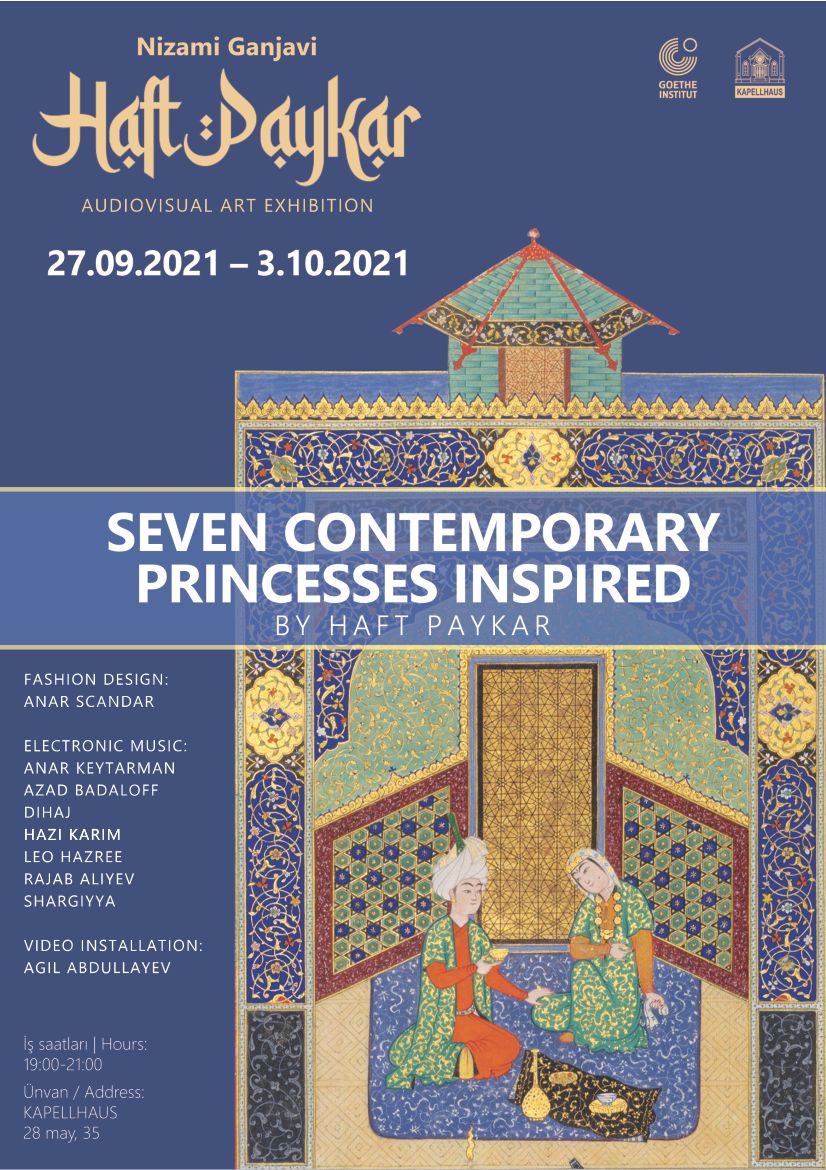 This year Azerbaijan celebrates the 880th birthday of Nizami Ganjavi, the greatest poet of his country (1141-1209), who left deep marks on Persian, Arabic, Turkish and Indian cultures. His Princess Turandot has become artistically productive in Europe as well, not only in Puccini's opera but also in the German dramas by Schiller, Brecht, and Hildesheimer.
For the Goethe-Zentrum in Baku and Doklad Independent Art Platform the jubilee is a welcome occasion to take a contemporary, artistic look at Nizami's main work “Haft Paykar” (Persian for “seven portraits” or, metaphorically, “seven beauties”). The epic is not only an allegory for moral edification (patience, truth, justice, passion, etc.), it also provides material for social questions.
The role of women then and now, relationships between the sexes and love dramas are treated as well as political and cultural issues of the respective societies, hoping that in their images and words a touch of medieval poetry blow into the present so that everyone may find the “unity of all times” (Hermann Hesse) on their own inner journey to the east.
The fairytale-like piece is a pearl of oriental poetry, comparable to the most beautiful stories from the “Arabian Nights", in which intelligence and sensuality are united. Seven princesses tell King Behram, their common husband, seven stories in which they spread the wisdom of their distant cultures that stretch from China to the Maghreb. Each of the princesses lives under the sign of a different star and beneath a different colored dome of the royal palace. Nizami has artistically woven the symbolism of the stars and colors into the stories that illuminate earthly fate.
Seven young Azeri women were chosen via an open call who represent the princesses from the regions of the world named in “Haft Paykar”: China, India, Central Asia, Russia, North Africa, former Byzantine empire, and Azerbaijan, formerly part of the Persian Empire.
They stage an installation/ performance as “Tableau vivant” in seven different colored pavilions in the Kapellhaus, our iconic exhibition venue. Fashion designer Anar Scandar created special costumes for the princesses inspired by their respective cultures while 7 DJs composed electronic music relating to the different cultural backgrounds. Visual artist Agil Abdullayev contributes a video installation to the theme.