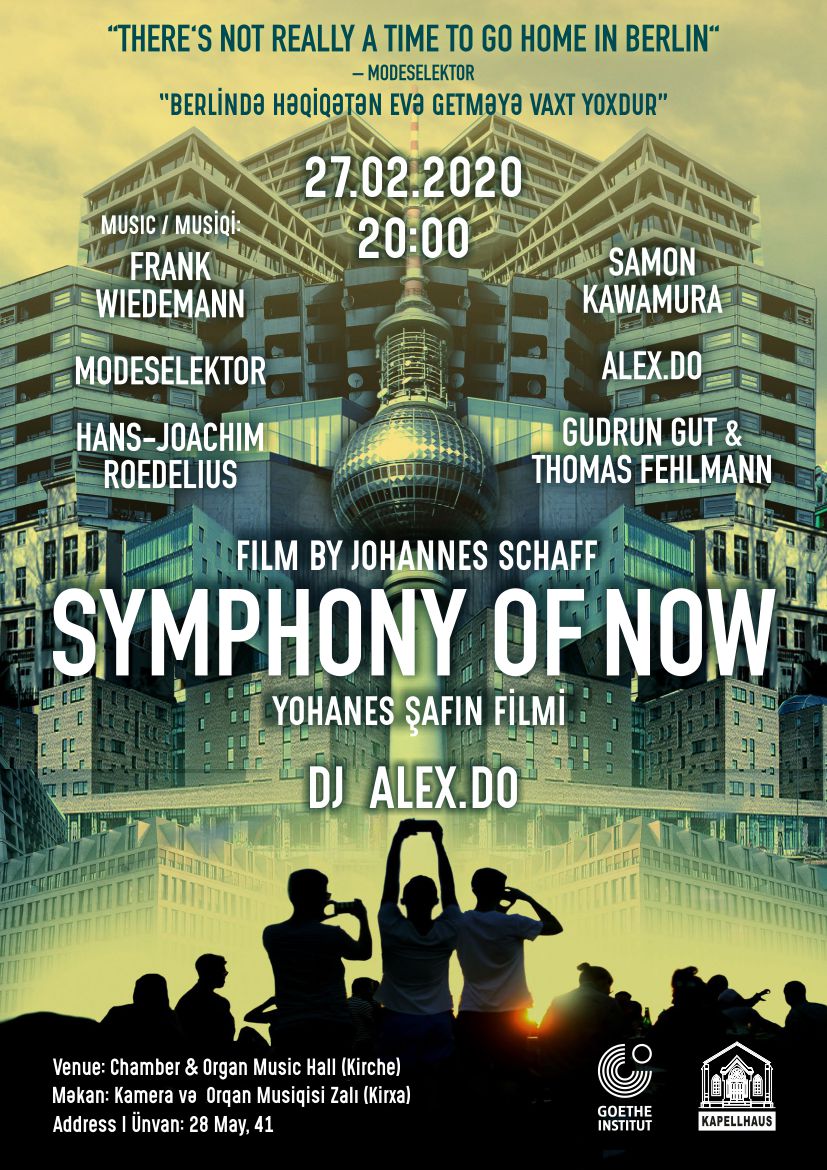 A Symphonic film by Johannes Schaff with live electronic music by DJ Alex.Do

A cinematic love letter, a hidden perspective of Berlin by night.
A vision of a remarkable filmmaker and renowned musicians from the electronic music scene of different eras.
A live 65- minute music and cinema experience of old and new Berlin.
The project is influenced by the ground- breaking, classic film “Berlin - Die Sinfonie der Großstadt” (1920) by Walter Ruttmann in which ordinary Berlin life is reframed in an entirely new context.
Alex.Do (Dystopian label mastermind. Renowned Berghain DJ and co-creator of the Symphonies 5th act) will back up the 65-minute film with an ever unique live re-interpretation of the original soundtrack.
Together with Frank Wiedermann he developed a live set that allows him to revert to individual tracks of the composition, rearranging and reediting them.

It can also be seen metaphorically that the reunification in Germany just happened in the year of the birth of Alex.Do. It symbolizes, too, the meeting of two forces, two trends which are reflected in the life of the young artist.
From Techno, Dub and House of all decades and seasons he creates something that can be called the essence of electronic music. In his DJ-sets, which are deep, last several hours and give you the feeling of being on another planet, he can live his melancholic, introverted side. At the same time, his pulsating mood sweeps are electrifying, which characterise his personality as well as his productions. With the team DYSTOPIAN has he not only found comrades-in-spirit. He has also found a platform of his music style and the possibility of performing shows in Berlin and all over Europe.